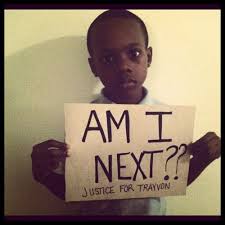 When ground beneath her desk rolled like
a carpet shaken of its dust, a terrifying
rollercoaster, Yuki screamed at
something unnamed and horrible

She thought, “This is IT…
The final moment, or the beginning of many
final moments”

Crawling out of her cubicle,
scenes burned their way into her memory
Ten minutes before, she and Hayashi had shared a cigarette
and a kiss in the stairwell
Now, he was pinned under a desk, eyes glazed;
a picture of their trip to Kanagawa
where they regarded the roses
had settling on his chest
Was this the last thing he saw? His last good memory?
She prayed it was so

And of course, government downplayed the severity of radiation

She and Kenji commuted inland daily from their home in Sendai;
Father enjoyed the view of surf.
Why had Kenji taken the day off?
She knew now her brother was gone, as well as their parents,
swept from earth as waves wiped the chalkboard clean

“If only I had the mind of an insect,” she thought,
as bile rose in her throat
“At least butterflies hold the key to hope:
Live free for a season, surrender peacefully to death”

Her only hope was that the world see, and learn, what her grandmother
had told her, as she revealed flowered tattoos of her Nagasaki childhood:
Men’s greed and technology will never defeat the ferocity of nature

Fireblossom at Imaginary Garden With Real Toads wanted stories of loss. I took the loss of others and, in so doing, resurrected an old poem, because the last line haunts me. This was originally written (and much wordier) in 2011, before Fukushima. Turns out technology doles out terror in equal quantities… that also includes the effects of global warming. And humankind’s terror is reversible, but that is not in sight right now…

Your hair has such flair

A bounce in your step and
a plop in your pratfalls

When you’re happy, we
all know it, it’s all over
your face

same as when you’re sad

And your makeup?
To die for. Drag queens everywhere
could take some tips from
your brow technique

For Imaginary Garden With Real Toads, Mary wanted a Valentine to someone or something we cannot stand. I don’t mind telling you, it’s not just a vague dislike… clowns scare the crap out of me, always have. I once wrote a horror poem about them. Grown men in grotesque makeup, falling on their butts and getting WAY too close to little kids for my comfort… The balloon animals that always managed to explode near me…   Bozo? Yikes! Amy

Mammograms are the only day
when it doesn’t suck to be moi
I take ‘em out, I flop ‘em on
the glass, and they squish like foi gras

Then came two voice mails
on the same choice day
from the same office.

And suddenly my world morphed
from “as controlled as possible with meds”
to head-spinning dread, fed by
one freakin’ phone call.

All I must do is careen
back to the scene of the crime,
primed sans deodorant and scent,
rank with my own odor and fear.

It may be one mammo;
it may need more ammo.
a big needle thrust
to left of my bust.

“They’ll take the sample
with ample drama, mama,
and a big-ass needle, so
close your eyes and tell them
you have PTSD,” my beloved
survivor friend says.

“Then set phasers on STUN -it sounds
like a staple gun or Pac-Man as it
chomps in search of tissue.
Make them issue enough painkillers
to knock out a horse.”

…during which I imbibed
enough pharmaceuticals to
peel the cuticles off
a gorilla’s thumbnails.

It’s this Wednesday, folks,
please pray it’s a hoax,
and Old Leftie is “clean,”
if you know what I mean.

* OTCs are “over the counter” drugs like Advil, Tylenol, and aspirin. I could take a whole bottle for a headache and it would do nothing for the pain… but the Advil would trash my liver!

Sunday Scribblings asked us to come up with a poem about a “Eureka moment.” This is the down side of that concept, and we’re hoping and praying it has a happy ending! Will keep you posted. Also at the one office where nothing ever hurts… Poets United! Peace, Amy